This may be connected… 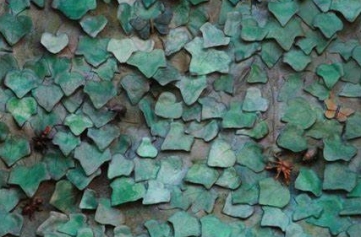 Bugs on the door.  Shouldn’t knock ’em off.

My mind went for a stroll this morning, as it does.  First to the Stark reality, or non-reality, of that last scene in “Endgame”, of a father (or any parent) trying to the end to protect their world.

Last night mom gave Kristin an orchid, with some ornamental bugs around it, which reminded me of when we went to see Gaudi’s “La Sagrada Familia”.  Such a beautiful altar to life itself, with sculptures all around, but at the door, a jungle of vines and bugs of all kinds.

I was wondering who decided to cast Robert Downey Jr. as Tony Stark.  There was no small amount of risk built into casting a person known for addiction and dysfunction to be the anchorman of a series of multi-million dollar movies.  And what a tremendous payout.  But for him, personally, really,- the story of his life.  The writer or writers of the arc of his character must have had some inkling that “Iron Man” was really his spirit animal, or perhaps was writing him a map back into life.

We all have our bugs.   Family members who are are estranged, banished, addicted, dysfunctional, or just out of favor.  I thought about that this Mother’s Day, as with most holidays.

Then I thought about Gaudi’s message on the door to the cathedral.  Thinking about Robert Downey “Iron Man-Stark”, Mother’s Day, the broken family, I once again walked into that cathedral space.  Bugs are welcome.  They are part of the Sagrada Familia.  The altar to it all includes it all, and in fact, the bugs may just be the hero that saves the family.  They are part of the door; they may just be the key.

I understand that I am the bug somebody, and probably take a turn being a bug for everybody I spend enough time with.  Hopefully I will be forgiven, and will forgive.   We all take a turn being a bug.   If you are the focal point of your family, or the blacksheep, or somewhere in between, let me channel my Gaudi, to say that you are part of La Sagrada Familia, and you belong.  Happy Mother’s Day.  I hope it was beautiful.